You are here: Home / Health / Mono Mono or Monoamniotic twins got discharged from Akron Hospital, Ohio

A photograph of the twins holding their hands went viral a month ago. Yes, they are Monoamniotic twins. The viral twins got discharged from the hospital.  Sarah Thistlethwaite is finally allowed to take her Monoamniotic daughters to their home. She named her special daughters as Jenna and Jillian.

The twins had spent more than forty days in a hospital called Akron General Medical Center in Ohio City. During the pregnancy, doctors found out that the twins are Monoamniotic which means that they both share the same amniotic sack. 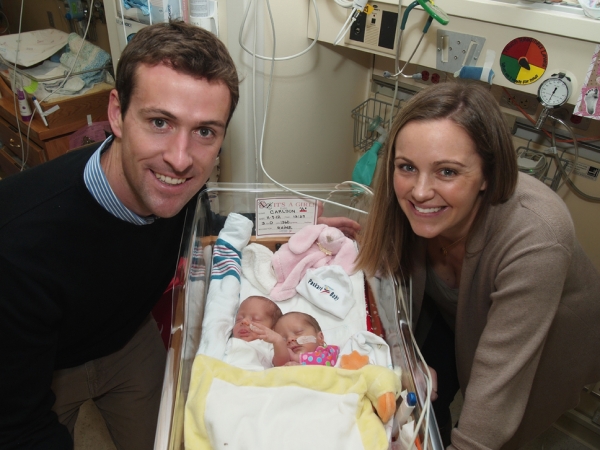 After waiting for months, finally Thistlethwaite family could able to get together with all its members and completely relax. Jackson, the brother of the newborns was excited to see his sisters.

The monoamniotic twins are seven weeks prematurely born. However, doctors did not predict any severe complications because of their premature delivery. Right now the huge problem of the Thistlethwaite family is to identify the names of the twin babies. The hospital nametags on the babies are not yet removed.