You are here: Home / Health / First Case Of Mosquito-Borne Chikungunya Virus Confirmed In Georgia And Florida

The number of chikungunya cases in the Caribbean has more than tripled in a month. As of this week, the region is reporting 4,576 confirmed and 165,990 suspected cases of the virus, for a total of 170,566, according to the Pan American Health Organization. Florida has reported 34 of those cases. The Georgia Department of Public Health on Thursday confirmed the state’s first human case of chikungunya this year.

The Department of Health is reminding all residents and visitors to protect themselves from those pesky, biting, buzzing mosquitoes during the hot, rainy season. During this season, it is especially important to avoid mosquitoes because of the threat of serious mosquito-borne illnesses. Preventing bites can protect your health.

Health officials said those with a weak immune system are at the greatest risk. 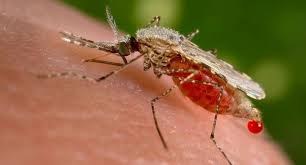 There is no vaccine to prevent chikungunya. The most common symptoms of chikungunya are fever and severe joint pain, especially in the hands and feet. Other symptoms may include headache, muscle pain, joint swelling or rash. Symptoms usually begin three to seven days after being bitten by an infected mosquito with most patients feeling better within a week. Joint pain however can persist for months.

Chikungunya disease does not often result in death but the symptoms can be severe and disabling. Travelers who go to islands in the Caribbean are at risk of getting chikungunya. In addition, travelers to Africa, Asia, and islands in the Indian Ocean and Western Pacific are at risk, as the virus is present in many of these areas. Mosquitoes that carry chikungunya virus bite during the day and at night, indoors and outdoors and often live around buildings in urban areas.

“It is extremely important that patients who are infected with chikungunya virus keep guard against additional mosquito bites,” said Cherie Drenzek, D.V.M, state epidemiologist for DPH. “During the first week or so of infection, chikungunya virus can be passed from an infected person to another mosquito through mosquito bites. An infected mosquito can then transmit the virus to other people though this has not yet happened in the U.S.”