You are here: Home / Health / E-Cigarettes: A Benefit Or Health Risk?

Electronic or e-cigarettes are devices designed to mimic cigarettes. The metal tubes are designed to look like real cigarettes and contain a cartridge filled with a nicotine-laced liquid that is vaporized by a battery-powered heating element. The nicotine vapor is inhaled by smokers when they draw on the device, as they would do with a regular cigarette. Most e-cigarettes claim to contain nicotine and some claim to also sell nicotine-free cartridges. They come in a variety of flavors, nicotine levels and varieties, all claiming to be a less harmful alternative of cigarettes and are flooding the market.

Researchers at RTI International and the Florida Department of Health have analyzed e-cigarette advertising on TV and say that the number of youths exposed to these ads has more than doubled in the past 2 years. Specifically, it was found that the youth exposure to e-cigarette advertisements has increased by 256% from 2011 to 2013. 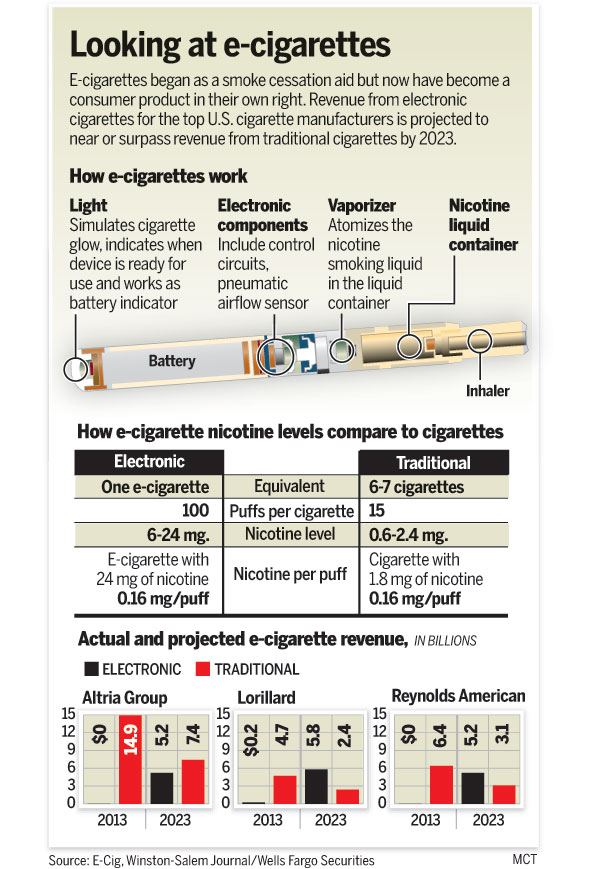 “It’s exploding,” said Shu-Hong Zhu, a professor in the Department of Family and Preventive Medicine at the University of California, San Diego, who co-authored one of nine studies funded by the National Cancer Institute. “There’s no sign of slowing down.”

Zhu and other researchers found a staggering proliferation of e-cigarette brands and flavors on the Internet in the past two years alone, with roughly 10 new brands and 240 new flavors arriving on the market every month.

But e-cigarettes have gained attraction beyond the Internet. Other researchers found that nearly a third of U.S. convenience stores, pharmacies and other retailers near schools sell e-cigarettes — a statistic that raises concern among some anti-smoking advocates who say there are only a few barriers to access the product for youths. But as the ever changing and vast $2 billion market continues to expand, researchers said the feverish growth underscores the need for more oversight and more research into the potential impact on public health.

Few of the states have put some regulations for e-cigarettes but the rules are neither uniform nor comprehensive. A very few states restrict youth access to the products and only a very few have applied their smoke-free laws in public places to e-cigarettes.

Another study released on Monday offered an additional information about who gets attracted to e-cigarettes in Europe. Researchers there analyzed nearly 27,000 e-cigarette users from 27 countries in the European Union. The results showed that users were more likely to be young, between 15 and 24. They also were more likely to be a cigarette smoker and made at least one attempt to quit in the past.

The Food and Drug Administration (FDA) regulations have started to investigate on this. Last month FDA proposed regulations that would ban e-cigarette sales to minors. However, it was unable to regulate how the products are advertised on TV. 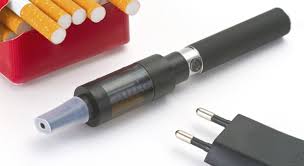 If FDA rule becomes final, its first impact would be to make it compulsory for electronic cigarette companies to register their products with the agency and to disclose the ingredients in the liquid nicotine solution, to seek FDA approval and to stop distributing free samples.

The rule would also immediately restrict the sale of e-cigarettes to minors, a move that at least 33 states have already made. Some electronic-cigarette manufacturers, such as blu eCigs of Charlotte, N.C., already have self-imposed minimum age requirements on their direct Internet sales.

Additional regulations would go into effect two years after the rule becomes final. At that time, companies would be required to affix a nicotine addiction warning to all e-cigarette packages and would not be able to bring new products to market without prior FDA approval. The FDA would then also be able to impose additional regulations, such as restrictions on flavorings added to the nicotine solution. Antismoking advocates argue that flavored tobacco products make them more attractive to children.