An Indian origin scientist has developed the first leadless cardiac pacemaker in the world, and the fallouts after one year trial have been overwhelmingly encouraging. 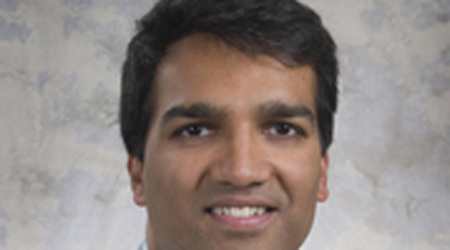 “This is the first time we’ve seen one-year follow-up data for this innovative, wireless cardiac pacing technology and our results show the leadless pacemaker is comparable to traditional pacemakers,” said Dr Vivek Reddy, Director of Arrhythmia Services at The Mount Sinai Hospital in New Work here, who is the study’s co-investigator.

Dr.  Vivek Reddy, submitted the one year study data findings and the reports of the clinical trials at Heart RhythmSociety’s 35th Annual Scientific Sessions in San Francisco..  The reports suggest that the device has been installed in around three dozen patients without any surgery.

A few centimeter long wireless device with tiny silver tube making it less than ten per cent the size of a traditional pacemaker, will cause less uneasiness and infection as it eradicated the requisite for surgical pocket and chest incisor. 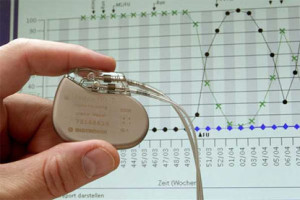 The pacemaker is positioned straight inside the human heart through a catheter-guided process via the groin via the femoral vein without any surgery. The minuscule device checks the irregularity in heart rate. An electrical stimulation therapy is provided in case of slow heart rate to regulate it.

Reports suggest that patients were installed this leadless pacemaker in two hospitals in Europe including Prague and Amsterdam and no case of infection was reported. Reddy said, “There was no experience of infections or failure to sense, pace or communicate with the pacemaker”.

Reddy says, “More long-term follow-up of these ‘leadless’ study patients will further our understanding of the potential advantages, benefits, and complication risks of leadless pacemaker technology, along with additional ongoing, larger trials”.

More than 4 million patients globally have a pacemaker, and 700,000 new patients receive one each year, said the Mount Sinai Hospital.