A Pennsylvania woman has delivered conjoined twin boys and her family has decided to keep the babies conjoined as there is very grim chance of their survival after separation surgery.

Michelle Van Horne, mother of the babies, said, “The best thing is to keep them together. They were born together they can stay together. It would hurt to lose one and have the other.”

The Conjoined twins, who have been named Andrew and Garrett Stancombe, were born last week in a Pennsylvania hospital.

According to the doctors, it is too risky to separate the babies. The babies are joined from the breastbone to the waist and share a heart and a liver. If separated their chances of survival is between 5 and 25 percent, doctors said.

Babies’ father Kody Stancombe said, “We’re grateful they have been able to survive this long and they’re both going strong. Losing them isn’t an option.” 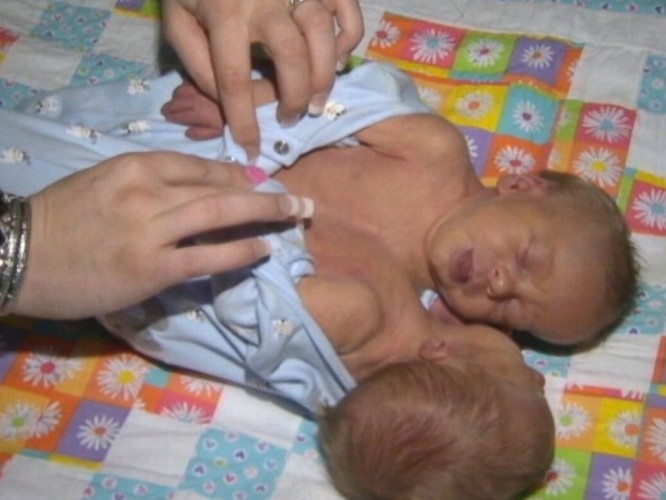 Last week, another set of conjoined babies were delivered in the hospital. The babies, Owen and Emmitt Ezell, shared a liver and intestines and were successfully separated last year.

Dr. Tom Renard of Medical City Children’s Hospital in Dallas has carried surger on the babies. According to him, their surgery was “tricky”.

Children’s Hospital of Philadelphia report says, conjoined twins occur once for every 50,000 to 60,000 births and approximately 75 percent of conjoined twins are joined at the chest.