You are here: Home / Health / Researchers urge parents to take nightmares of their children seriously

Nightmares in children are common affair. But finding it an ordinary thing, we usually ignore such conditions in the children.

A new study has warned the parents not to ignore such bad dreams of their kids, saying it may predict the future mental illness as an adolescent.

Researchers say the findings shed light on how the sleep disorders in childhood could foreshadow the psychotic experiences of the children in their later phase of life when they grew adolescence.

The study is published in the SLEEP journal. The research was led by Professor Peter Wolke. 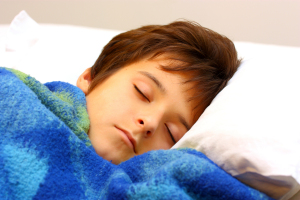 The researchers at University of Warwick, UK, carried study on over 6,800 children between the age group of 2 to 9 years old.

The study researchers analyzed the subjects at least six times to gather comprehensive and holistic data after the end of the study. The parents were interviewed about the severity and frequency of nightmares of their child and whether it was habitual in nature.

The subjects were again assessed when they reached 12 years of age. The researchers probed for any signs of mental illness such as delusions and hallucinations.

“We certainly don’t want to worry parents with this news; three in every four children experience nightmares at this young age. However, nightmares over a prolonged period or bouts of night terrors that persist into adolescence can be an early indicator of something more significant in later life,” Professor Dieter Wolke explained.

Concluding the study, the researchers said the study is suggestive and not definitive.