Love and marriage, both have connection with your heart. Marriages are good for your physical as well as your mental health. And now, a study has also established scientific evidences into it.

A new study has found that married couples are less likely to develop heart diseases than those who are single, divorced and widowed.

The researchers carried study on 3.5 million adults in America and found heart diseases were less likely to develop in them.

Study author Dr. Carlos Alviar, an NYU Langone cardiology fellow, said that this first of its kind study provides the most comprehensive look at the relation between relationship status and cardiovascular disease.

“Most of the studies done earlier compared married to unmarried without making a distinction between types of marital statuses and mostly focused on one type of cardiovascular disease. We had information that could compile all of this in a comprehensive way,” Alviar said while highlighting the good aspects of the study. 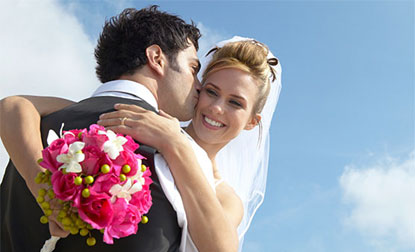 For their study, the researchers analyzed rates of four types of cardiovascular disease in people in the age group 21 and 99.

The four types of cardiovascular disease include:

During the study, the researchers found that marriage can have a protective effect for heart health. The findings of the study say, married people had a 5 percent decreased risk of cardiovascular disease compared to unmarried people.

People who were divorced or widowed was associated with a greater likelihood of vascular disease compared with being single or married.  Divorce was linked with a higher risk of any vascular disease.

Explaining the link between heart woes and marriages, Alviar said, “People who have a spouse might be more compliant with medical appointments, screening processes, more compliant with medications and a healthy lifestyle as opposed to people who are by themselves. And being alone also produces not only psychological stress but physical stress, and that might be a risk factor. Studies show married people have lower levels of inflammation in the blood vessels and inflammation can lead to blockages.”