You are here: Home / Health / Why Some Recall Dreams, Others Don’t?

So what’s the case with you? The next morning you wake up you are able to remember your dreams? Or sometimes howsoever hard you try; you are unable to recall what went on during sleep.

A group of researchers in France conducted a study and find out that people who often retain information about their dreams have high levels of activity in certain areas of the brain.

Researchers led by Perrine Ruby, of the Lyon Neuroscience Research Center in France, studied brain scans of 41 people while they were awake and asleep. 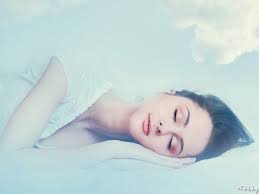 Awake or asleep, high dream recallers witnessed higher activity levels in the medial prefrontal cortex and the temporoparietal junction which is an information-processing focal point.

“Sleepers who can recall their dreams vividly have twice as much wakefulness during sleep as people who forget them almost immediately, meaning they probably wake up briefly during the night, cementing their dreams into memory.”

This increased brain activity may cause them to wake up more often during sleep and thereby advance their reminiscence of dreams.

According to the study, high dream recallers also visualize more dreams as measured up to low recallers — providing them more dreams to remember.

The study was published online Feb. 19 in the journal Neuropsychopharmacology.