You are here: Home / Archives for us targets oil facilities 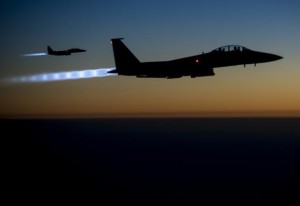 According to a group monitoring the ISIS crisis, U.S.-led airstrikes hit several targets in Islamic State controlled territory in Syria (including grain silos). The Syrian Observatory for Human Rights suggested that U.S. aircrafts might have mistaken the mills and grain silos for Islamic State bases in the northern Syrian town of Manbij. Washington hasn’t commented on the situation yet. The … END_OF_DOCUMENT_TOKEN_TO_BE_REPLACED