You are here: Home / Archives for social experiment 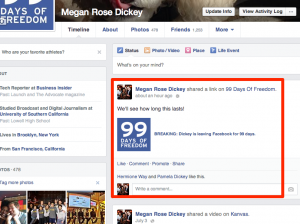 A creative agency from Leiden, The Netherlands, came up with a surprising challenge: "99 Days of Freedom". In other words this campaign challenges Facebook users to quit their habit for 99 days. This is a response to Facebook’s 2012 experiment on its own members that leaked out a couple of weeks ago. Apparently Facebook attempted to manipulate its members by allegedly showing optimistic or … END_OF_DOCUMENT_TOKEN_TO_BE_REPLACED