You are here: Home / Archives for russian artillery 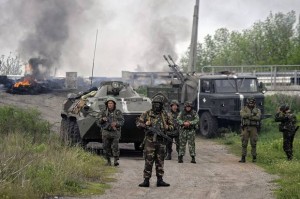 After the presidential discussions on Tuesday in Minsk between President Poroshenko and Vladimir Putin, Wednesday brought new and fierce fighting in eastern Ukraine. Kiev immediately accused Russia that it had delivered more arms into the rebel-controlled regions of eastern Ukraine and also accused Russia of having seized villages in Ukraine with Russian troops in a new offensive. Such fighting … END_OF_DOCUMENT_TOKEN_TO_BE_REPLACED 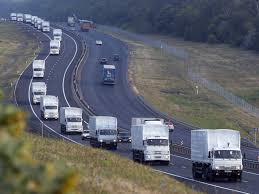 On Friday, over 200 Russian trucks crossed the border into Ukraine after the long-stalled aid convoy proceeded into the country without any Red Cross escorts. Such actions sparked criticism and drew angry accusations from Moscow. Ukraine suggested that Moscow has broken its word concerning the convoy. A senior Ukrainian security official went so far as to call Russia’s actions a “direct … END_OF_DOCUMENT_TOKEN_TO_BE_REPLACED