You are here: Home / Archives for Michael Grimm’s to receive sentence on June 8 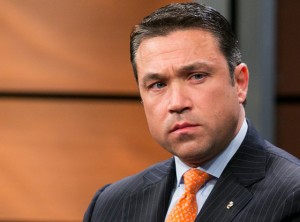 Former FBI agent  and  current congressman Michael Grimm announced his resignation from Congress after confessing last week to the tax fraud he began in 2007. On Monday Dec. 29 he made a statement saying that from Jan 5 he will no longer be a part of the department. He explained his actions by saying he could no longer commit fully to his job thus resigning “out of respect for the Office and … END_OF_DOCUMENT_TOKEN_TO_BE_REPLACED