You are here: Home / Archives for McKinsey Global Institute 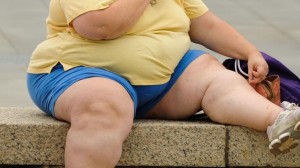 According to a new report by the McKinsey Global Institute (MGI), the global cost of obesity has risen to $2 trillion annually, that being nearly as much as smoking or the combined impact of armed violence, war and terrorism. The study also underlines the prediction according to which nearly half of the world's adult population will be overweight or obese by 2030, should the present trends … END_OF_DOCUMENT_TOKEN_TO_BE_REPLACED