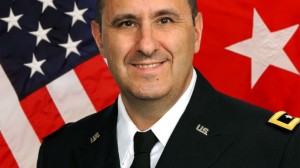 According to U.S. officials, the general killed in Afghanistan on Tuesday was Maj. Gen. Harold J. Green. He was a two star major general, and thus became the highest-ranking U.S. military officer killed in combat since 1970. Greene, 55, was in charge with preparing the Afghan forces for the time when U.S.-coalition troops leave at the end of this year. The attack occurred during a site visit to … END_OF_DOCUMENT_TOKEN_TO_BE_REPLACED