You are here: Home / Archives for grandfather 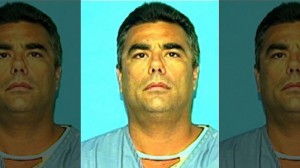 A Florida Grandfather shot and killed his daughter and her six grandchildren on Thursday, in the Florida town of Bell. As police arrived at the crime scene, the troubled man committed suicide. During a press conference, Sheriff Robert D. Schultz III of the Gilchrist County told reporters that the six children were aged three months to ten years old. The Sheriff made the name of the attacked … END_OF_DOCUMENT_TOKEN_TO_BE_REPLACED