You are here: Home / Archives for Camera app 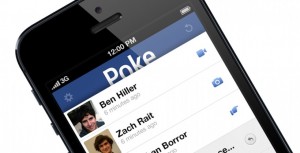 Social networking site Facebook is no longer giving fight to its rival Snapchat as it has quietly removed two of the unsuccessful apps from the iOS App Store. The Facebook has pulled the plug on two applications-Poke and Camera- nearly two years after their debuts. The users will not be able to find both apps on Apple App Store and the help pages related to Poke and Camera apps will also … END_OF_DOCUMENT_TOKEN_TO_BE_REPLACED