You are here: Home / Archives for arctic ice sea 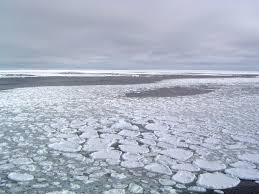 The Earth’s poles have been exhibiting some surprising climatic influences. The poles usually go through temperature changes causing them to lose ice deposits during the summers and recover during the cold seasons. During the last years though, the Northern Arctic Sea has expanded, taking bites out of the thick polar ice sheet. But on the other side of the world, the Southern Antarctic sea-ice … END_OF_DOCUMENT_TOKEN_TO_BE_REPLACED