You are here: Home / Archives for Apple products 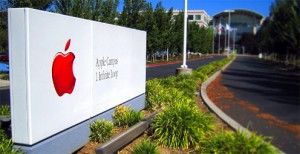 The technocrats who have been eagerly waiting for Apple's iWatch will have to wait a little longer as the company has decided its launch by October this year. According to Japan's Nikkei Asian Review, Apple is developing a fascinating gadget and will unveil it in October this year. The rumours about the new gadget were making rounds since 2012. And Japan's Nikkei Asian Review has added … END_OF_DOCUMENT_TOKEN_TO_BE_REPLACED