You are here: Home / Archives for anthropology news 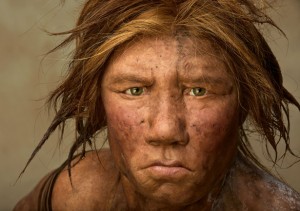 Scientists have known for some time that humans and Neanderthals have lived side by side, but the evidence for this, while present, was scarce. Now, a new piece of evidence was discovered that supports the theory that humans and Neanderthals really did mate and produced offspring. The results of this study were published in the journal Nature. A human skull that dates back over 55,000 years ago … END_OF_DOCUMENT_TOKEN_TO_BE_REPLACED