You are here: Home / Archives for alan henning killed 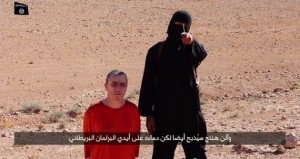 After the Islamic State warned westerners that they would kill Alan Henning in a video released last month, the extremist Sunni group has carried out their threat and released the video showing the murder of the British hostage. Henning was a taxi driver and agreed to come to Syria to help in humanitarian missions as a driver. The 47-year-old was kidnapped last December, as he was driving a … END_OF_DOCUMENT_TOKEN_TO_BE_REPLACED