You are here: Home / Archives for Ad 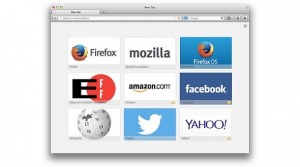 Firefox browser as of now does not support cookies from third party as these are mostly advertisements. Mozilla had taken a conscious decision to block such cookies in the Firefox 22. People at the top in Interactive Advertising Bureau had termed this move by Mozilla to be an attack of nuclear levels on the advertising world. Things seem to be changing soon as Mozilla’s VP, Darren Herman made an … END_OF_DOCUMENT_TOKEN_TO_BE_REPLACED