You are here: Home / Archives for 600 year old step pyramid 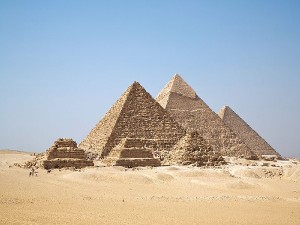 Archaeologists in Egypt have unveiled a 4,600 year old step pyramid at a site, in the ancient settlement of Edfu which predates the Great Pyramid of Giza by at least several decades. Located in southern Egypt it is said that when first built, the structure would have stood 43 feet (13 meters) tall. However, consequent ransacking of the blocks constituting the pyramid, erosion and weathering has … END_OF_DOCUMENT_TOKEN_TO_BE_REPLACED