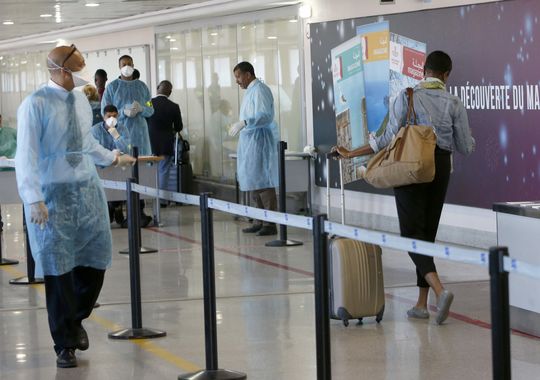 The Ebola outbreak is starting to create significant concern and authorities have begun stepping-up their efforts of ensuring that new cases of the deadly illness don’t reach the U.S. unrecognized. Saturday morning, federal officials began extensive screening maneuvers at the Kennedy International Airport, so that passengers arriving from the West African countries worst hit by the Ebola outbreak are given the green light upon entering the country.

All travelers coming from Guinea, Liberia and Sierra Leone will be thoroughly examined by agents from the Homeland Security’s Custom and Border Protection Department. Their temperatures will be assessed, and any Ebola symptoms or suspicious signs will be reported- if any of the passengers shows any symptom that might suggest infection, they will enter isolation immediately.

Additionally, medical personnel from the United States Centers for Disease Control and Prevention will be there to assess these patients, so as to decide whether they can continue traveling or need to be admitted for further testing.

Four additional airports apart from Kennedy International will be instating enhanced screenings. These airports include Washington Dulles, Chicago O’Hare, Newark Liberty and Hartsfield Jackson in Atlanta. These airports receive 94% of all passengers flying from one of the affected West African countries (around 150 people daily) according to a statement made by Customs and Border Protection Commissioner, R. Gil Kerlikowske.

No-touch thermometers will be used to assess those passengers arriving from the three Ebola-stricken countries, and public health workers will triage those having fevers and interviewing them so as to determine whether they were in contact with anyone infected with Ebola. Each airport conducting enhanced screenings will also be equipped with quarantine areas that will be available if necessary.

False alarms are expected by health officials as travelers are bound to have fevers connected to other illnesses, and because Ebola is only contagious when symptoms have already appeared, these efforts should reduce the likelihood of the virus entering the U.S.

The Centers for Disease Control and Prevention warns, however, that regardless of how many procedures are in place, the spread of the virus will not be easily stopped.

“No matter how many procedures we have in place we can not get the risk to zero,”

said Martin Cetron, director of the global migration and quarantine division of the CDC.

These measures would have not sufficed to identify Thomas Eric Duncan, for instance, the Dallas man that died of Ebola.

“We want to remind people to think Ebola if they have a fever and are coming in from affected areas.”

Cetron said in his statement.