You are here: Home / Health / Colorado Has Become the Top Spot for Marijuana Tourism 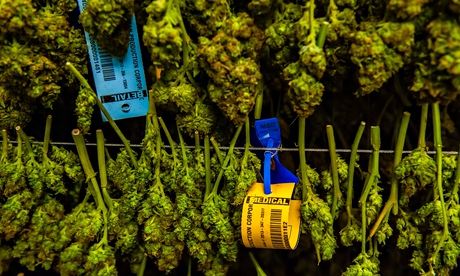 As pot dispensaries (or shops) as well as weed-friendly pubs and hotels keep opening in Colorado in response to the relaxation of marijuana laws, the state has now become one of the top contenders of cannabis tour operators. New loads of tourists keep arriving outside the largest Denver hotels seeking one thing and one thing only: pot.

Since Washington state and Colorado made it legal for citizens to purchase and consume cannabis for recreational purposes, entrepreneurs have been rushing to open dispensaries, particularly in Denver. These shops are mostly independently owned and sell everything from pre-rolled joints to smoking paraphernalia). Because medicinal marijuana use had been legal since 2000, existing suppliers only needed to invest in space, staff and more plants.

However legal the purchase of marijuana may be, Colorado still has strict anti-smoking laws, so smoking the pot you buy is a completely different story. Since the use of marijuana is prohibited in public spaces, the only places you can smoke are either inside clubs or hotels that allow smoking in some of their tobacco rooms.

Apart from pot tourism, there is a particular benefit that the state has had from legalizing marijuana for recreational use: since the beginning of 2014, Colorado has received $47 million in tax revenue from marijuana sales alone, and a third of those sales come from tourists. This lucrative avenue is being pursued by many, as ads for cannabis yoga begin to emerge, pot reading groups are being formed and several other social activities taking the stigma out of smoking pot are being advertised.

In fact, edible products are also becoming popular as treats such as chocolates, cocktails, brownies or cookies are on sale, with serving sizes limited to 100 milligrams of THC per product. Effectively, entrepreneurs are attempting to shift customers away from medical- and towards recreational marijuana.

“Medical marijuana also jumped sharply in August, after several months of flat or declining sales. Medical sales figures were just under the recreational total, at $33.4 million. One goal of creating Colorado’s recreational marijuana market is to shift customers away from the medical market.”

And as the situation progresses, there are many who believe that the Colorado situation will only serve as an eye-opener. It should only be a matter of time before marijuana tours can be booked throughout the entire U.S.