You are here: Home / Health / Experimental Serum to be Tested on American Ebola Patients

Both t National Institute of Health and the Centers for Disease Control and Prevention had a key role in connecting Mapp Biopharmaceutical Inc., a San Diego pharmaceutical firm, to the Christian group Samaritan’s Purse. Consequently, the two Americans could obtain a treatment that the pharmaceutical firm had been developing. 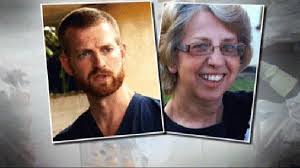 The experimental drug is called Zmapp and has not reached the human testing phase, said Mapp Biopharmaceutical.  Dr. Anthony Fauci, of the National Institute of Allergy and Infectious diseases explained that there were only three doses of the serum that had been produced, two of which were used to treat dr. Kent Brantly and Nancy Writebol.

This serum is just one of several drugs being developed to treat Ebola. It is a serum that contains three “humanized” monoclonal antibodies. These antibodies are produced in a plant called Nicotiana. Researchers have successfully treated rhesus macaques using this serum, but currently, there are very small quantities of the serum available.

Fauci added that the company feels confident that the drug would have a positive impact seeing that all previous tests done on animals had been encouraging.

Meanwhile, in West Africa, the deadly virus is claiming lives mercilessly. Only in the last couple of days, 61 lives were lost to the illness, the death toll now being 887. This sudden increase in deaths suggests that the disease is speeding up. On July 31st and August 1st there were 163 new cases of Ebola reported, 33 percent higher than the 122 reported cases in the 4 days that ended on July 27th.

Information about the experimental serum that Brantly and Writebol received emerged after doctors in a New York hospital had to perform tests on a patient that was suspected of being infected with the virus.

Dr. Brantly is already on American soil. He became the first patient with a confirmed Ebola infection to be treated in the United States. On Saturday, the doctor was flown to the Emory University Hospital in Atlanta. Nancy Writebol will also be admitted at the same hospital on Tuesday when she is scheduled to be air-lifted from Liberia in an air ambulance equipped with an isolation pod.