You are here: Home / Archives for woman 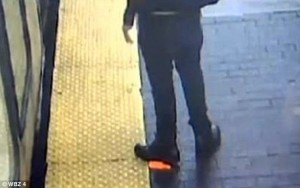 UPDATE- On Friday evening, a 26-year old Brockton man turned himself in for stealing the cellphone of a woman struck by a Red Line train on Thursday. Officials haven’t released the man’s name. He apparently turned himself in to Transit Police at approximately 9:30 PM after seeing his photograph released. A statement made by Transit Police officers said that the man was expected to be arraigned … END_OF_DOCUMENT_TOKEN_TO_BE_REPLACED