You are here: Home / National News / Man Turns Himself in After Stealing Cellphone of Woman Struck by Train 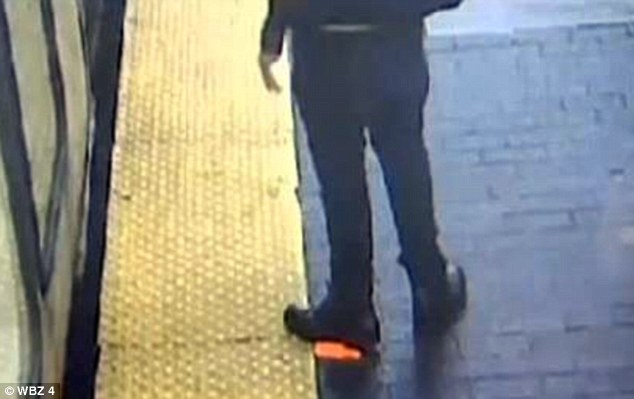 UPDATE- On Friday evening, a 26-year old Brockton man turned himself in for stealing the cellphone of a woman struck by a Red Line train on Thursday. Officials haven’t released the man’s name. He apparently turned himself in to Transit Police at approximately 9:30 PM after seeing his photograph released.

A statement made by Transit Police officers said that the man was expected to be arraigned on Monday in Boston Municipal Court.

The stolen cellphone was also recovered from the man, the same statement said.

After a woman was hit and killed by a Boston subway train, a man did the opposite of what you would expect of a concerned citizen. While others were trying to offer help, the man quietly walked up to the woman and pocketed her cellphone. He then calmly walked out of the downtown station.

Transit police has now turned to the public’s help for help in identifying this heartless man.

“I think that’s a pretty lowly thing to do. I’d definitely call him a scumbag. I think it’s sickening.”

Scot Greel of Quincy said as he was looking at the photo of the alleged thief.

The woman died after being hit by a Red Line train on Thursday night. Apparently, the woman was trespassing on the southbound side of the Downtown Crossing Subway station at 9:48 PM when she was hit. Transit police declared that no foul play was suspected.

After being struck by the Red Line train, the woman’s phone landed on the platform. Immediately after falling, a dark-haired man placed his foot on top of the phone and slid it over to himself, surveillance footage shows.

“The male keeps his foot on top of the phone as he scans the area apparently to see if anyone is watching him. [He] then reaches down and takes possession of the decedent’s phone, places it into his pocket, and casually walks away.”

“Ninety-nine percent of all the other people were concerned about what happened. This gentleman had a different idea.”