You are here: Home / Archives for Ukrainian crisis 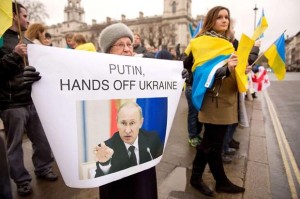 Russian President Vladimir Putin was struggling to find the right word during a prerecorded interview on Sunday. He suggested that the issues in the Ukrainian conflict is "statehood" for some of the eastern regions under the control of separatists. This is a new concept, and if Putin really meant what he said, this would raise the stakes significantly for the almost one-year old Ukrainian … END_OF_DOCUMENT_TOKEN_TO_BE_REPLACED