You are here: Home / National News / Vladimir Putin Calls for Talks Between pro-Russian Rebels and Kiev

Russian President Vladimir Putin was struggling to find the right word during a prerecorded interview on Sunday. He suggested that the issues in the Ukrainian conflict is “statehood” for some of the eastern regions under the control of separatists. This is a new concept, and if Putin really meant what he said, this would raise the stakes significantly for the almost one-year old Ukrainian crisis. 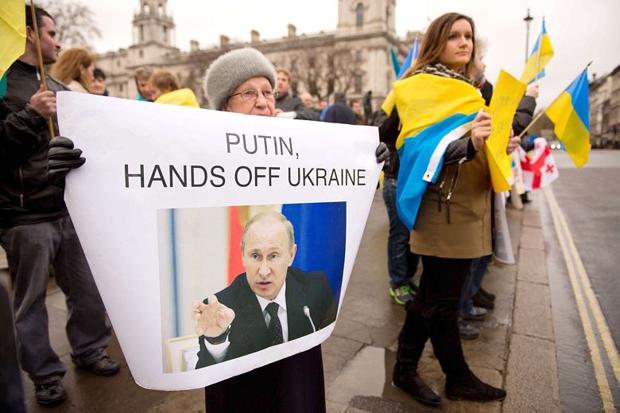 Until now, the European Union has punished Russia for its interference with several economic sanctions. However, Russia is still a major energy market, and crippling their market would only result in problems for European Union countries. This is the main reason why the E.U. has delayed its imposing economic sanctions on Russia. However, it warned that if Moscow’s policy won’t change within a week, more sanctions will be put in place.

This decision from the European Union came after Ukraine’s military publicly stated that their coast guard vessels were attacked near the village of Bezimenne. This is the first, serious, land-to-land sea battle of the conflict. According to witnesses, men in military fatigues descended on the coast in armored personnel carriers and opened fire on two coast guard vessels (one was hit). Novoazovsk, a city close to Bezimenne, was taken last week by pro-Russian insurgents. The Ukrainian army has reasons to believe that the rebels were helped by Russian soldiers and artillery.

During Putin’s interview, Dmitry Peskov (the presidential spokesman), began to do damage control. He said that Putin was calling for dialogue not dominion over the region. Putin encouraged “substantive, meaningful negotiations” on problems regarding the “political organization of society and statehood in southeast Ukraine”.

President Vladimir Putin has said, on numerous occasions, that he does not favor the breakup of Ukraine (even if Russia took control of Crimea in March), but he expects greater autonomy for the eastern regions of Ukraine.

The term “statehood” might suggest more than that, though. It might mean a challenge to Kiev, from Moscow, but it may also suggest uncertainty on Putin’s behalf (and how he plans on moving ahead in Ukraine).

“The president was talking about inclusive talks (…) The way, extent and mechanisms of this process – that’s what the president meant.” – Peskov during an Interview

Putin also criticized European leaders for supporting Kiev’s military campaigns against the rebels and urged the end of hostilities before winter. Even if Russia isn’t planning on endorsing independence, pro-Russian separatists are trying to obtain it themselves.

‘We intend to seek recognition of our independence.” Andrei Purgin, Leader among Donetsk separatists

Western countries are looking for a solution in this problem. Sen. Robert Menendez, chairman of the Senate Foreign Relations Committee declared that the United States should supply Ukraine with weapons.