You are here: Home / Archives for police stun gun 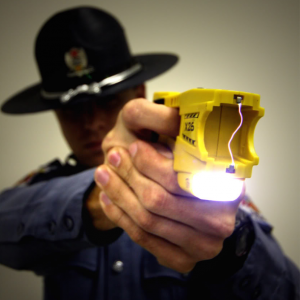 A Florida police officer has been sent on administrative leave after he used a stun gun during the arrest of a 62-year-woman. A full internal affairs investigation will be conducted after the incident. Tallahassee Police Chief, Michael DeLeo announced this investigation on Wednesday morning during a press conference, after authorities had already obtained video footage of the gruesome … END_OF_DOCUMENT_TOKEN_TO_BE_REPLACED