You are here: Home / Archives for land pests 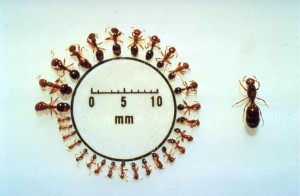 Hawaiian lands are being conquered slowly by little fire ants. The ants have become Hawaii’s worst enemy with agriculture authorities struggling to combat the stinging pest depicted as among the world's most obtrusive species. The insects have mostly invaded Oahu, Maui and Kauai, according to officials’ declarations. The pest is not a new invader as it has first been spotted in 1999, on the Big … END_OF_DOCUMENT_TOKEN_TO_BE_REPLACED