You are here: Home / National News / Hawaiian Lands Are Being Conquered Slowly By Little Fire Ants 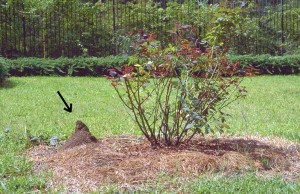 Hawaiian lands are being conquered slowly by little fire ants. The ants have become Hawaii’s worst enemy with agriculture authorities struggling to combat the stinging pest depicted as among the world’s most obtrusive species. The insects have mostly invaded Oahu, Maui and Kauai, according to officials’ declarations.

The pest is not a new invader as it has first been spotted in 1999, on the Big Island. At the time the species was too wide-ranging in the area and it was considered impossible to annihilate.  After ten years, the fire ant was spotted on homestead in Waihee, Maui.  Since then authorities have long struggled to have it officially exterminated only nine months ago.

But it appears the ants outsmarted their perpetrators and managed to get on a cargo from the Big Island to Maui this late spring. Furthermore, the authorities discovered the biggest territory with the little ground dwelling insect infestation in Hawaii close to Nahiku on the northeastern coastline of Maui. The little fire ants were spread over 20 acres of woods.

Randy Bartlett, interagency facilitator from the Hawaii Invasive Species Council believes that it took the ants years to form their colonies. Bartlett also said that there aren’t enough employees within State Department of Agriculture and the ants could show up anyplace. According to him it would be more helpful if everybody would check their lands and yards as the identified colonies might just be the tip of an iceberg.

Farming authorities additionally keep on fighting a 13-acre invasion at Kalihiwai, Kauai.  However officials say that in this case the insects seem to be under control.

The little fire ant has excruciating stings and huge red welts and even cause sight loss in animals.The ants can develop vast colonies both on soil and in trees and plants, and have been known to totally devastate properties.  A study released by the University of Hawaii estimates that in the event that little fire ants set ground in Oahu they would cost everybody $170 million.

The species is no longer than one-sixteenth of an inch, light orange in color and can fit a pin’s head.  The insect has a slow pace compared to the snappy moving and well-settled tropical fire ant. Also its tropical cousin is larger and bigger-headed. The little fire ant originates in South America but has made the Pacific regions its second home for 40 years now, travelling on imported plants.