You are here: Home / Archives for James Foley video 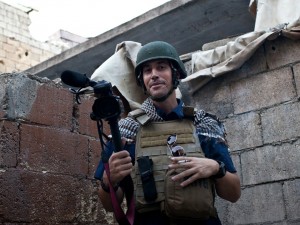 The Islamic State militant group has reportedly uploaded a video on Tuesday, meant to show the beheading of US journalist James Foley, missing since 2012. The Obama administration was working early Wednesday to confirm whether the video released by Islamic militants was authentic or not. In the meantime, a statement by Foley's mother, Diane, posted on the "Find James Foley" Facebook page asked … END_OF_DOCUMENT_TOKEN_TO_BE_REPLACED