You are here: Home / Archives for french coalition 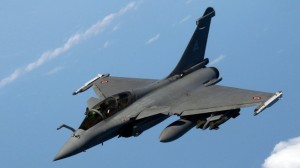 What Obama’s predecessor couldn’t accomplish, occurred on Friday when the French joined the fight in Iraq. Airstrikes began as France sent out two Rafale fighter planes. The aircrafts were armed with laser-guided missiles that completely destroyed an ISIS munitions depot and annihilated dozens of ISIS extremists. France has become therefore the only coalition country to respect its promise of … END_OF_DOCUMENT_TOKEN_TO_BE_REPLACED