You are here: Home / Archives for Cory Batey and Brandon Vandenburg 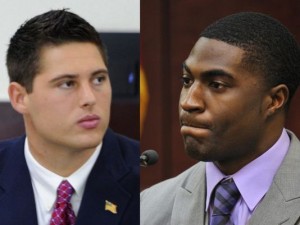 On Tuesday, two ex-Vanderbilt football players, Cory Batey and Brandon Vandenburg, were found guilty of rape and aggravated sexual batteries. The two were charged for an incident on the Vanderbilt University’s campus that occurred 2 years ago. The jury deliberated for three hours before giving the verdict and rejected the defense lawyers’ claims that the two men didn’t know what they were doing … END_OF_DOCUMENT_TOKEN_TO_BE_REPLACED