You are here: Home / Archives for Chancellor Angela Merkel of Germany offered condolences 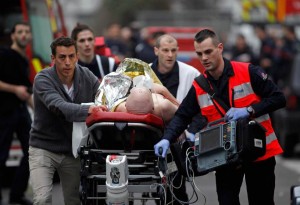 Charlie Hebdo, a satirical French newspaper was charged by masked gunmen shouting Islamic phrases. At least 12 people were killed in this terrorist attack. President François Hollande declared that the attack was an assault on freedom of the press and an act of terrorism. The nation alert for terror was raised by French officials to the highest level. The latest information is that three masked … END_OF_DOCUMENT_TOKEN_TO_BE_REPLACED