You are here: Home / Archives for case forgery 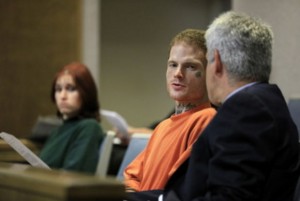 Detective David Steele of Oregon State Police has been sentenced to 18 months of probation this Friday after he plead guilty to forgery and misleading the case of Joey Pedersen and Holly Grigsby in 2011. Steele was in charge of the nine-day rampage of Pedersen and Grigsby that resulted in the death of a teenager in Oregon, a black man in Northern California and the death of the father and … END_OF_DOCUMENT_TOKEN_TO_BE_REPLACED