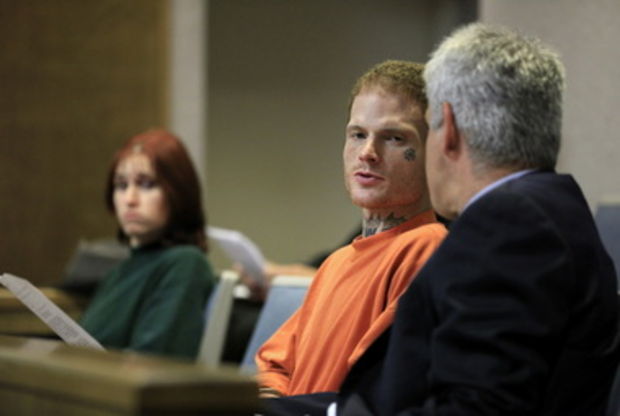 Detective David Steele of Oregon State Police has been sentenced to 18 months of probation this Friday after he plead guilty to forgery and misleading the case of Joey Pedersen and Holly Grigsby in 2011.

Steele was in charge of the nine-day rampage of Pedersen and Grigsby that resulted in the death of a teenager in Oregon, a black man in Northern California and the death of the father and stepmother of one of the accused. The government concluded that the crimes were committed as part of a purifying campaign against colored races.

The trial of Pedersen and Grigsby ended in 2011, sentencing both to life in prison, after the initial option of death sentences got scrapped under Steele’s work on the case. Following the detective’s statement and investigation that was initiated immediately afterwards, it was revealed that Steele photocopying the cover sheet of an already approved report and altering the date and page numbers by hand. The forged document was then attached to another report without the officer asking for supervisor approval or review, prosecutor Paige Clarkson stating that Steele forged the signature that would otherwise be needed for consent.

Following the discovery, an investigation was initiated to look into every investigation detective David Steele was involved in since he started working with the Oregon State Police in 2001, in order to find whether this was a recurrent action on behalf of the detective. He served in the state police starting December 2001 until 2013, with a break from 2003 to 2006. While he was working with the state police Salem major crimes unit, he was put on administrative leave. Steele refused to comment in court during the initial trial, but his attorney stated that the detective takes full responsibility for his actions and offers his apologies to the families who suffered following the Pedersen and Grigsby rampage.

Oregon State Police Steele’s actions have considerable repercussions on not just the affected families, but a stain on the reputation and image of police agencies all across the country. Clarkson stated that such a conduct made the families of the deceased lose faith in the criminal justice system by Steele’s behavior defying the very purpose of law enforcement in general and ignite distrust in what police officers are expected to do and represent.

One of detective David Steele’s Attorneys, Richard Wolf, criticized the detective for obtaining special treatment and privileged communications, stating that it is outrageous that he is permitted to resign and not getting time behind bars.