You are here: Home / Health / Trial Ebola Drug Ready to be Offered by Japan

A Japanese company has been developing their own experimental drug for the Ebola virus, and Tokyo stands ready to offer this drug in the attempts of stemming the global tide of the deadly virus.

Yoshihidie Suga, chief cabinet secretary stated on Monday that Japan is ready to provide the experimental drug (which is yet to be approved) and that the manufacturer is also prepared to cooperate with authorities if and when the World Health Organization should request it. 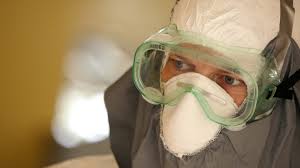 The World Health Organization has been considering the use of experimental drugs as a way of limiting the extension of the Ebola outbreak that has been wreaking havoc in western Africa. The outbreak has already taken more than 1,400 human lives, while thousands more people are infected.

With the WHO declaring the latest outbreak a global public health emergency, authorities have been exhausting all their resources in attempting to limit the virus from spreading.

Epidemiologists believe that death rates (that still aren’t as high as one would expect from the deadly virus) show that the outbreak is still young but that as the illness evolves in those patients that have been recently infected, we will be seeing increases in death rates.

An intense ethical debate has begun after the United States government allowed that two American and a Spanish patient infected with the Ebola virus be treated with the unapproved drug ZMapp. After the drug had shown promising results in tests on primates, authorities took the risk and gave the experimental drug to patients who had been recently flown into the United States after contracting the virus in West Africa. The drug (currently in very short supply) is showing promising results in the two Americans as well. The Spanish priest treated with ZMapp lost his life.

Mapp Biopharmaceutica, the US Company producing the experimental drug ZMapp will be sending all available supplies to West Africa.

A panel of experts analyzed the situation and decided that it is “ethical” that experimental treatments be used in this extreme situation, according to the WHO.

Spokesperson Takao Aoki, for the Japanese company producing the experimental drug, stated that Fujifilm Holdings (which had recently diversified into healthcare) is prepared to respond to individual requests for extreme cases. He added that Avigan, a drug that is currently in clinical tests in the US, is ready to be shipped if need be. Aoki explained that the company has enough stockpiles for 20,000 people and that all that needs to be determined is the conclusion that the WHO reaches.