You are here: Home / Health / Overall Lung Cancer Rates Seem to be Dropping in Recent Study

Overall lung cancer rates are indeed decreasing (as shown by a recent analysis of around half a million Americans with lung cancer) and this would, by itself, be tremendous news. However, the same study showed that certain types of lung cancers are experiencing increases in incidence.

The researchers at the National Cancer Institute (NCI) have been studying patients suffering from lung cancer and they have concluded that the overall rate of lung cancer has indeed decreased by 12 percent over the last three decades. 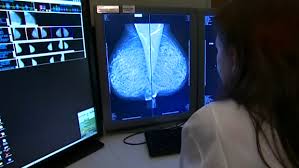 Denise Riedel Lewis, lead author of the study, explained that while the positive trend is obvious, there are several questions that need to be asked about certain subtypes in which there is an apparent increase.

Dr. Lewis has added that while no definitive conclusions can be drawn as to what exactly caused the decrease in lung cancer rates, it can only be inferred that the decrease in smoking in recent years has to be somehow connected. She added that smoking causes 90-95 percent of all lung cancers and that it seems that the study reflects how fewer people are smoking.

Adenocarcinomas, however, show an increase in cases and this is precisely one of the subtypes that Lewis needs to study further. They account for around 40% of all lung cancers and generally begin in the outer parts of lungs. Adenocarcinomas grow slowly and have a high chance of being discovered before having metastasized to other organs.

Some scientists connect the way in which smokers inhale to certain types of cancer. Dr. Norman Edelman, for instance, believes that the deeper the smoke is inhaled, the higher the likelihood of developing adenocarcinoma (since tars can then reach the outskirts of the lungs).

Other subtypes of cancers that aren’t behaving the way that researchers would expect them to include squamous cell carcinomas, which seem to be dropping less rapidly than they have in the past.

Dr. Edelman also noted that, as opposed to the past, gender differences in cancer incidence aren’t an issue anymore. Before, men were way more likely to develop lung cancer. Currently, rates are converging as cancer rates in men are dropping while those in women are plateauing. According to him, women took up smoking later than men and so, the effects of smoking were delayed in women as compared to men.

The study was based on more than 450,000 patients who were diagnosed with lung cancer between 1977 and 2010 as a part of the SEER program (Surveillance, Epidemiology and End Results).