You are here: Home / Archives for Verizon 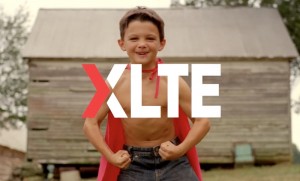 The tech websites are abuzz with the reports that Verizon will soon announce improved 4G speeds under its "XLTE" banner. Reports suggest that the company is currently widening its LTE data pipes and the new offer seems to part of this expansion. Droid-Life and @evleaks had first made the revelations in a television ad. According to Droid-Life, the carrier plans to release the rebranded … END_OF_DOCUMENT_TOKEN_TO_BE_REPLACED