You are here: Home / Archives for researchers at Carnegie Institute for Science studied dead zones in Great Lakes 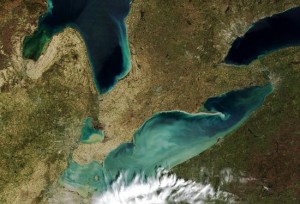 Apparently there is another reason behind the dead zones in the Great Lakes. A new study revealed that weather also played a major role in their formation. Up until now, the main reason behind this recent event was considered the high levels of phosphorus in the lakes. A dead zone can be defined as an inhabitable aquatic area. Due to very low levels of oxygen in the water, fish and other life … END_OF_DOCUMENT_TOKEN_TO_BE_REPLACED