You are here: Home / Archives for ramadan end 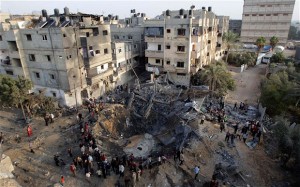 Monday brought with it new fighting as Palestinian fighters crossed from the Gaza Strip and ended up into an Israeli village. There, a gun battle was fought in spite of the Muslim Eid al-Fitr festival (which should have represented an unofficial truce day). During this armed clash, five gunmen were killed according to Israeli television. Similarly, the Islamist Hamas movement took credit for 10 … END_OF_DOCUMENT_TOKEN_TO_BE_REPLACED