You are here: Home / Archives for prehistoric life 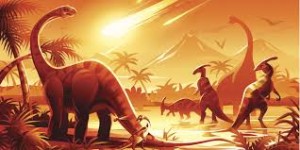 The journal of Biological Reviews has recently published a new study stating that prehistoric animals could, in theory, have survived the asteroid that caused the extinction of dinosaurs millions of years ago if that asteroid hat not hit at that precise moment. Researchers said that the world was hit as it was in flux. They added that this extreme environmental upheaval would have made dinosaurs … END_OF_DOCUMENT_TOKEN_TO_BE_REPLACED