You are here: Home / Archives for power fail 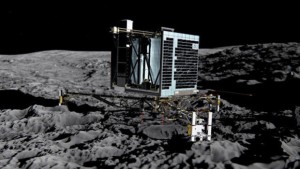 Back when Neil Armstrong took his first steps on the moon, a whole world gasped in awe. Now that Philae has also achieved the near impossible by landing on the surface of 67P/G-C, the world experienced the same feeling once more. After its historic landing on the comet on November 12th, the Philae robotic lander began sending readings and data back to Earth. Now, Philae sent its final message … END_OF_DOCUMENT_TOKEN_TO_BE_REPLACED