You are here: Home / Archives for michael brown parents 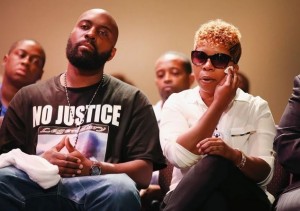 After fervent protests in Ferguson, the parents of Michael Brown Jr. and Trayvon Martin (the two black teens killed in distinct shootings by white police officers) comfort one and other at a South Florida vigil. Parents of killed black teens have had countless reasons to criticize police work until now, however, the cases involving Brown and Martin sparked nationwide protests based on racism … END_OF_DOCUMENT_TOKEN_TO_BE_REPLACED