You are here: Home / Archives for Kathleen Sebelius 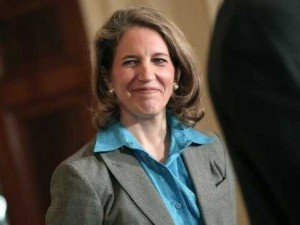 President Barack Obama on Friday proposed the name of budget director Sylvia Mathews Burwell for the post of health secretary after Kathleen Sebelius decided to step down following a disastrous rollout of Obamacare, formally known as the Affordable Care Act, which Republicans plan to exploit as they seek to take control of the Senate. A big challenge behind Burwell is that she has to preside … END_OF_DOCUMENT_TOKEN_TO_BE_REPLACED