You are here: Home / Archives for Iraq Crisis 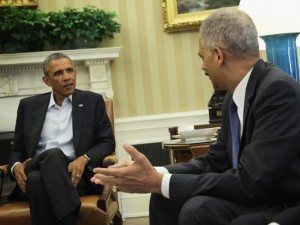 This week President Obama was faced with several violent crisis. One of them represents the case of the 18-year-old African-American teen who was shot by a police officer in Ferguson, and the second one is related to the situation in Iraq. As a response to these two issues, the president will be dispatching Attorney General Eric Holder in Ferguson, to monitor the situation, and hopefully calm … END_OF_DOCUMENT_TOKEN_TO_BE_REPLACED