You are here: Home / Archives for greenhouse-gas

Between 2000 and 2013 the global ocean surface temperature rise paused, despite increasing greenhouse gas concentrations. This period, referred to as the Global Warming Hiatus, raised a lot of public and scientific curiosity. But unfortunately as of April 2014 ocean warming has picked up speed again. The 2014 global ocean warming is mainly a consequence of the North Pacific, which scientists … END_OF_DOCUMENT_TOKEN_TO_BE_REPLACED 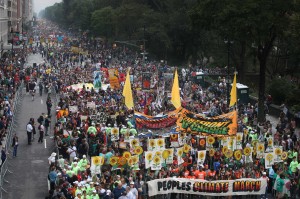 World leaders will have a difficult time as ever getting a reasonable deal on cutting greenhouse-gas emissions, especially after the end of the United Nations climate summit. Together with U.S. President Barack Obama, more than 100 world leaders promised to find a global agreement that would efficiently address climate change. These leaders took center stage yesterday in order to point out how … END_OF_DOCUMENT_TOKEN_TO_BE_REPLACED