You are here: Home / Archives for Flu in Utah 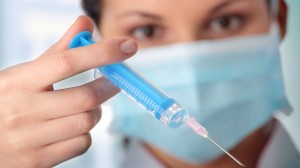 The flu death toll has reached five in Utah with three more deaths reported in southwest region of the state, according to the Southwest Utah Public Health Department. Health experts said the victims were younger than 64 and were in fairly good health. They were living in the southwest region of Utah. Out of the 369 hospitalized this season, five have died of influenza this season, says the … END_OF_DOCUMENT_TOKEN_TO_BE_REPLACED